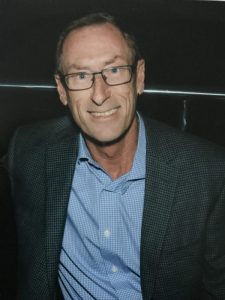 Obituary from David Milan at Apollo:

“It is with profound sadness and heavy hearts that Apollo Concrete Contracting announces the passing of our President, James (Jim) George Woods.

Jim had a great and influential presence in the concrete flooring industry. He was involved in many construction associations, both as a member and director. Jim was a graduate of Niagara College’s Construction Engineering Technology (Construction Management) program and began his career with Bravo Cement Contracting (Hamilton) in 1981, first as an estimator, then as a part owner. He then moved on to become an instrumental partner at Apollo Concrete Contracting in 1996 till present, guiding the company to become an industry leader.

Jim’s pride and involvement in our company and the industry will always be remembered. His leadership in the Cement Finishing Labour Relations Association, L.I.U.N.A. 837 and especially The Concrete Floor Contractors Association will never be forgotten. His influence and integrity carried amazing weight. Jim passed away too soon to enjoy all his accomplishments.

Jim will be resting at Pleasantview Funeral Home, 2000 Merrittville Hwy., Thorold, Ontario on Wednesday December 5th, from 2-4:00 pm and 7-9:00 pm. Funeral Service will be held in the Pleasantview Chapel on Thursday December 6th at 11:00 am. Interment to follow.

Jim, you have left a void that no one can fill. Friend, Colleague, Companion. Rest in Peace.

David & Carol Milan and the employees of Apollo Concrete Contracting”

Friday announcement: We are saddened to announce the passing of Mr. Jim Woods of Apollo Concrete Contracting on Friday November 30th. Jim played an active role in our trade industry for many years culminating in his role as CFLRA Chairman in 2011-2013. Jim made tremendous efforts throughout the restructuring of our industry including the establishment of our Concrete Finisher Trade Board. Earlier this year upon learning of Jim’s illness, the members of the industry established “The James G. Woods Award” to recognize individuals who make significant contributions to the advancement our Cement Finisher / Cement Mason trade in the future. We extend our sincere condolences to Jim’s family, to everyone at Apollo and to everyone in our community who who knew and respected this honest, humble and dedicated man.
We are forever thankful.